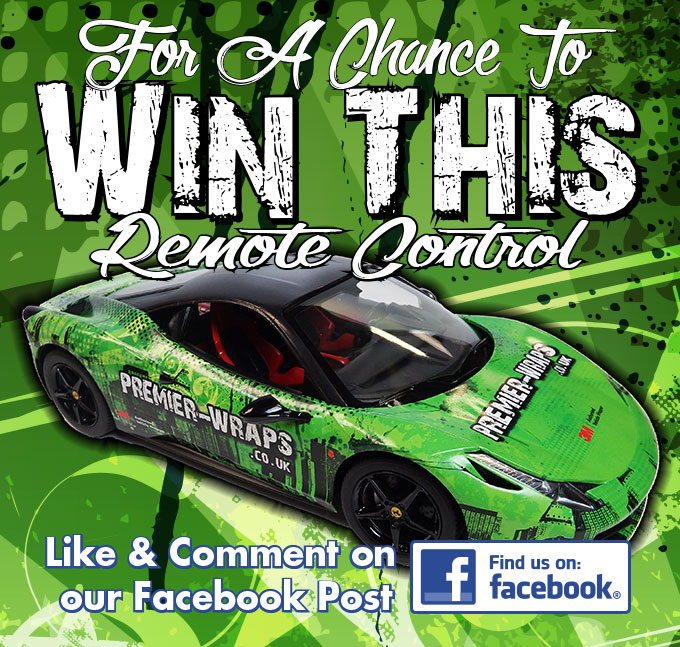 NOW YOU CAN WIN THIS WRAPPED
REMOTE-CONTROL VERSION!

Our team at Premier Wraps have wrapped this spectacular Ferrari Italia 458 and will be attending two parts of the 3m Wrap Tour.

First, we’ll be at SantaPod for the National Drag Race Finals on Saturday the 6th of October.

Next, we’ll be at Silverstone for Trax, the ultimate performance car event on Sunday the 7th of October.

As part of our 20-year anniversary we’ve wrapped this replica Ferrari 458 Italia remote control car in exactly the same design as it’s bigger brother and we’re giving it away to one happy winner absolutely FREE.

IT’S SO EASY TO ENTER. IT ONLY TAKES A FEW SCONDS

OUR WINNER WILL BE ANNOUNCED IN LESS THAN FOUR WEEKS

The lucky Winner will be drawn at random on the 31st of October and announced on our Premier-Wraps Facebook page.

No good waiting around here. Get liking and commenting on our Premier-Wraps Page now for your chance to win…

HERE’S HOW WE WRAPPED THEM…